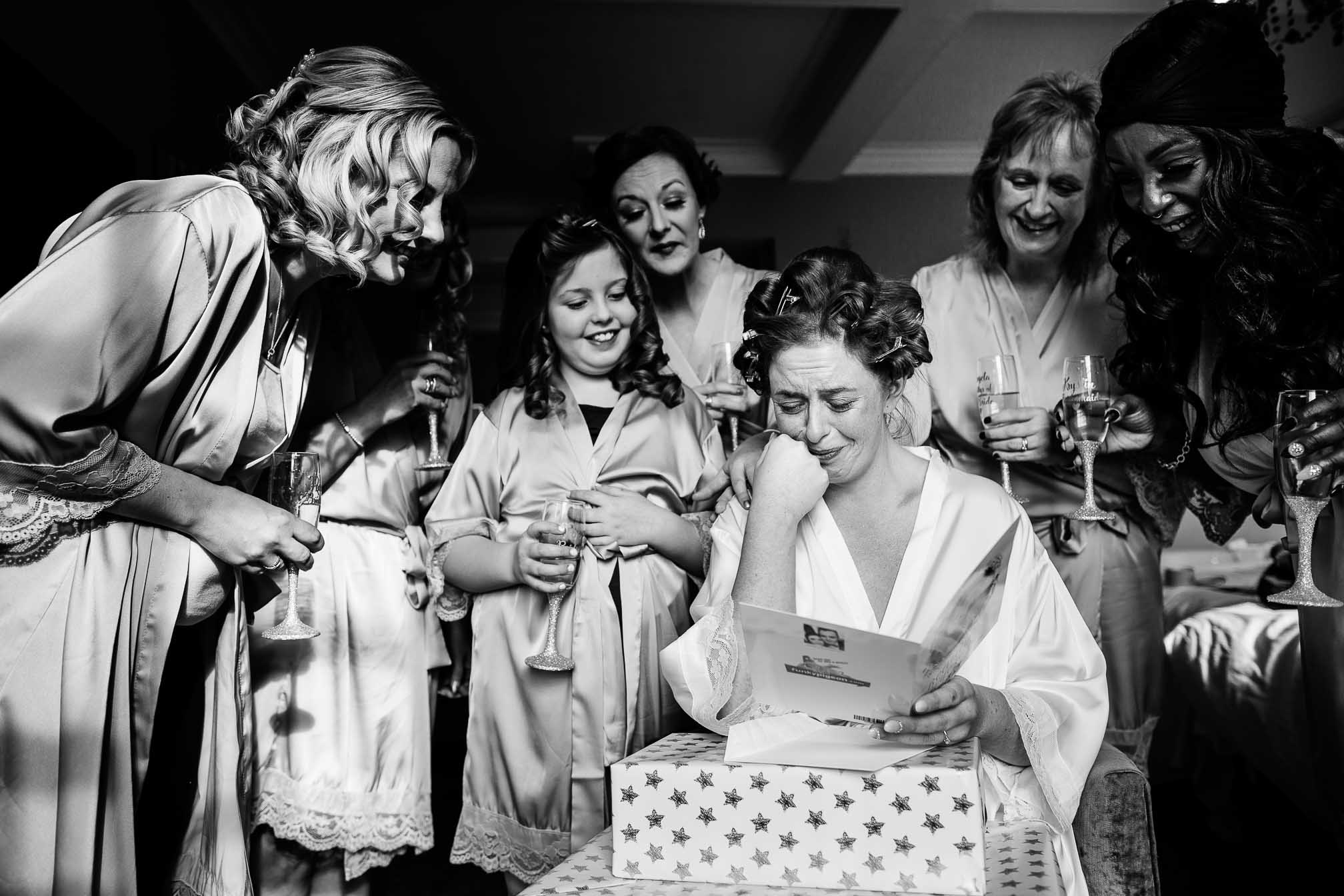 “The best wedding photographers in the world are FEARLESS!”– Fearless Photographers

Friends, who’d have thought it, five years ago when I entered into my first Fearless Photographers collection that I would have received 9 of these incredibly rare and precious awards. It was only last week, (catching up on blog posts since the start of the pandemic) that I was announcing my 8th Award, and here I am, a week later celebrating another.

There were just 178 winners in this astonishingly strong round. And with 12,000+ entrees that puts the odds of winning at a staggering 1.5%! Only 11 of the winners were from England which cements my position as one of the most commended wedding photographers in the United Kingdom.

I captured this incredible moment as Becky read a message from her husband on the morning of their big day. What you’re witness to is pure and raw emotion, and documented as a photojournalist – a fly on the wall.

If you’re planning a wedding at Barton Hall in Kettering, I would love to hear from you. I’ve documented countless weddings at this incredible venue, and it’s like a second home. In-fact I’m heading off to Barton Hall later to celebrate my 9th achievement with Fearless Photographers with a bottle of something cheeky. 😊

Click here to see more of my Awards, and also be sure to check out more of my achievements with Fearless Photographers.